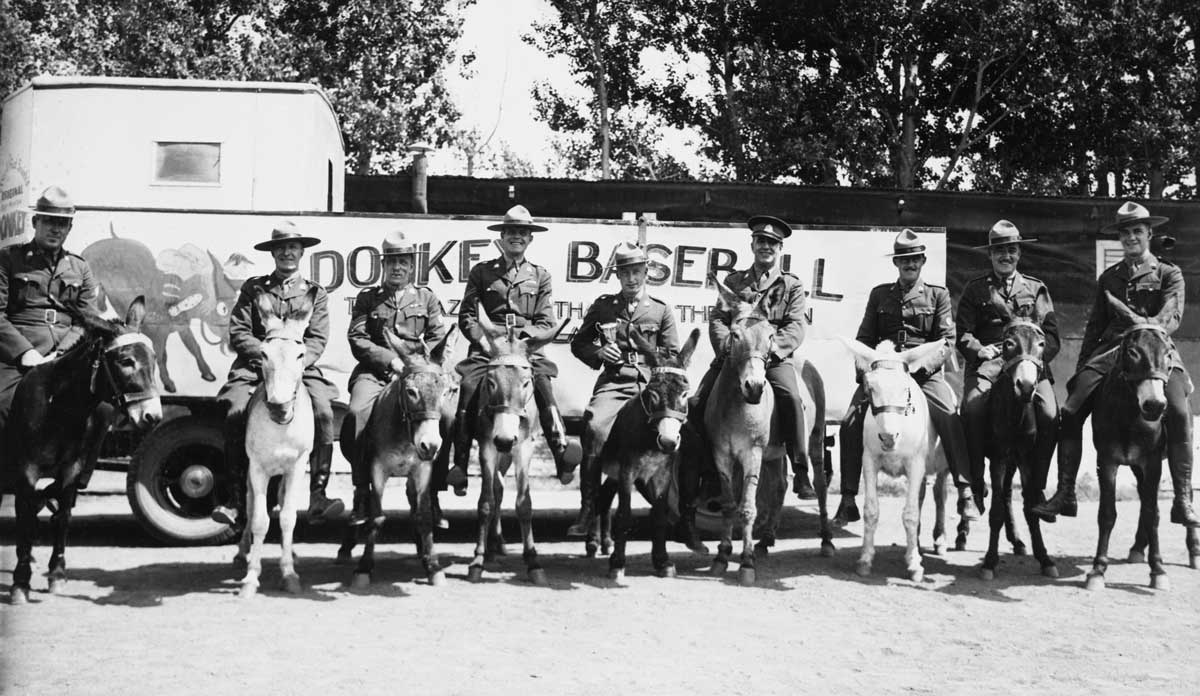 The Glenbow Archives holds thousands of photographs in its collections and some of it is downright weird, wacky and wild.

While the list of subjects the photographs in the Glenbow Archives cover is long and remarkably diverse, they all document life in Western Canada and beyond right back to the 1880s.

Even though many of those subjects are both serious and important, thankfully, there’s a side to the collection that allows us to look back at history with a laugh.

So, here then is a small selection of the weird, wacky and wild of the Glenbow Library and Archives.

Donkey baseball was popular during the Great Depression, even with the Royal Canadian Mounted Police. Created by an American promoter, service groups often played a game as a fundraiser. The fun in it, for the spectators, came in the fact that donkeys don’t always do what their riders want them to do. Surprisingly, donkey baseball (and basketball) is still played in places today amid questions of the appropriateness of using animals for entertainment. 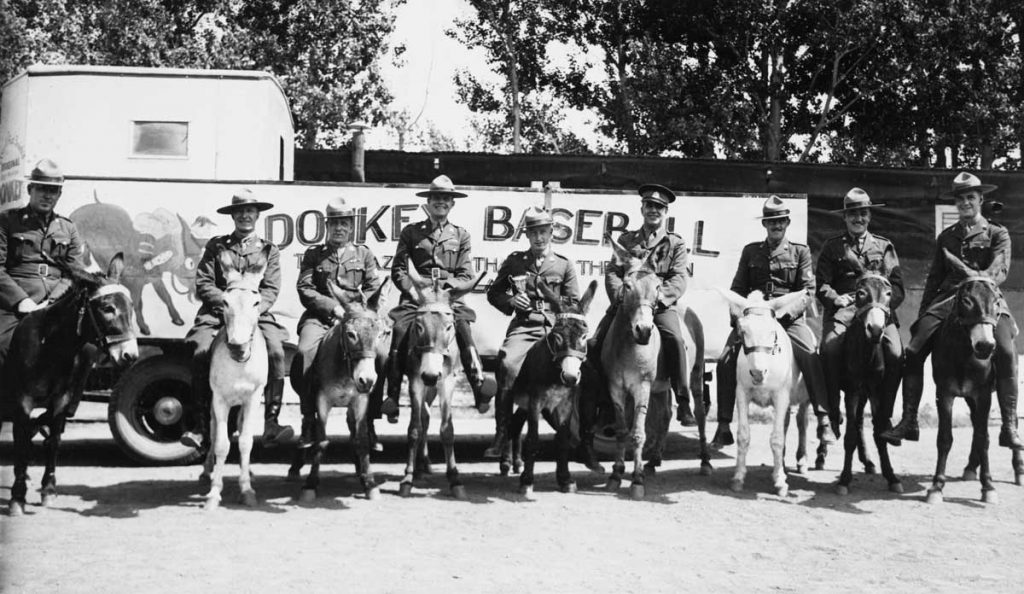 John Edlund and his life-preserving valise

John Edlund of Claresholm, Alberta, designed a life-preserving valise in 1915, inspired by the 1912 sinking of the Titanic. The waterproof suit he developed could be tucked away into a case when not in use. The person sealed into the suit could look out of the valise via a small round window. Though there was interest in Edlund’s design, it never saw wide-scale use. 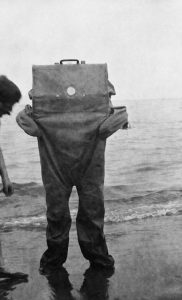 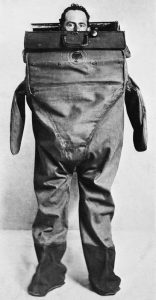 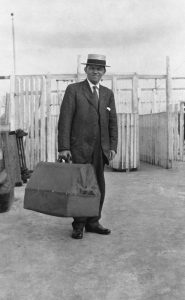 Surprisingly, seeing a team of bison pulling a chariot or a wagon wasn’t an uncommon sight in Calgary in the early 1900s. Expert riders Rose Wentworth Carr and Major Bob Yokum took part in the 1912 Calgary Stampede parade with what was billed as the “only buffalo chariot in the world.” The Calgary Brewing & Malting Co. also had a team of bison that hauled a wagon as a publicity stunt. 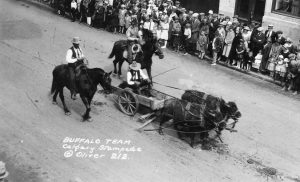 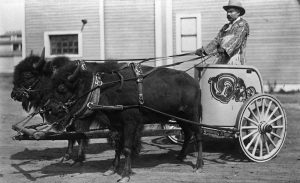 These three dancers are certainly weird, wacky and wild as they use handmade newspaper fans to perform a fan dance during a 1955 ball sponsored by the Calgary branch of the Canadian Women’s Press Club. 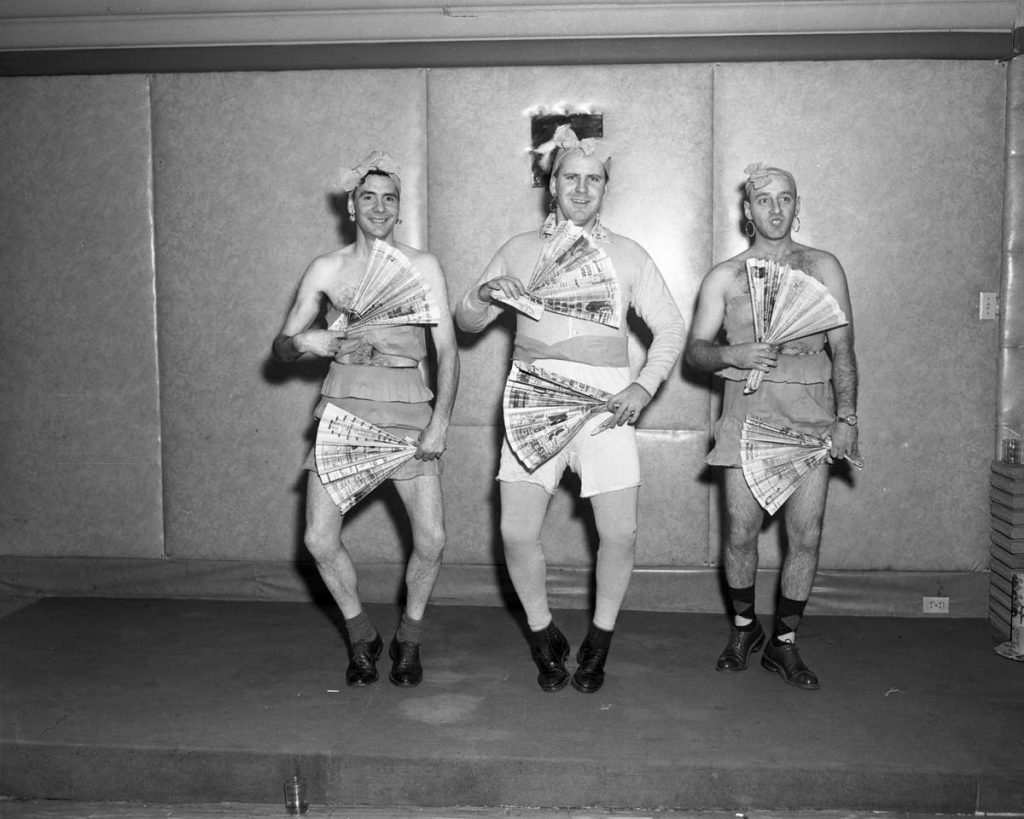 The Cold War was a frightening and confusing time given the threat of nuclear annihilation. Some folks prepared by building bunkers in their basements and stocking them with food, supplies and fallout fashions meant to protect the wearer from radiation. 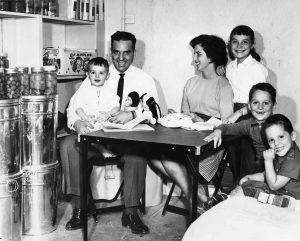 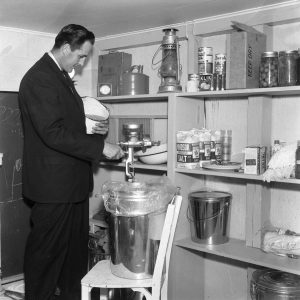 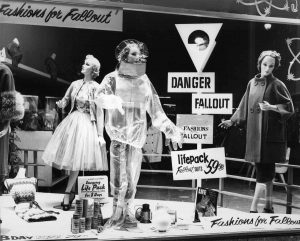 The first motorcycles were produced in the mid-1880s. It didn’t take long, however, for them to morph from simple machines into powerful ones capable of roaring up steep hills. Hill climbs were a popular event in Calgary. The Calgary Motorcycle Club held the first Western Canada Championship Hillclimb in 1930. Spectators at these events were cautioned about standing too close to the sides or top of the course. 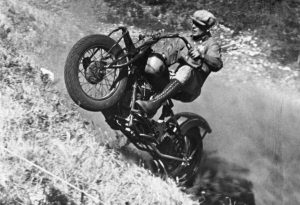 Bison and cattle are both bovines, and as such, they can interbreed. Realizing this, ranchers in the 1880s began breeding cattle with bison to produce hardier stock capable of withstanding the harsh prairie environment. The result is a catalo or a beefalo, depending on the time in history and the amount of cattle genetics. It’s a large sink. What could be weirder, wilder or wackier than a photo of a large sink? And it has foot pedals! It wouldn’t be weird, wacky or wild without the wrestling photographs from the Stu Hart collection. Hart’s Stampede Wrestling, based in Calgary, brought professional wrestling to TV sets throughout Alberta and beyond every week from 1957 to 1989. Wrestling stars like Bret “The Hitman” Hart and his brother Owen Hart, Davey Boy Smith and the Dynamite Kid all went on to achieve international fame with the World Wrestling Federation, later renamed World Wrestling Entertainment. 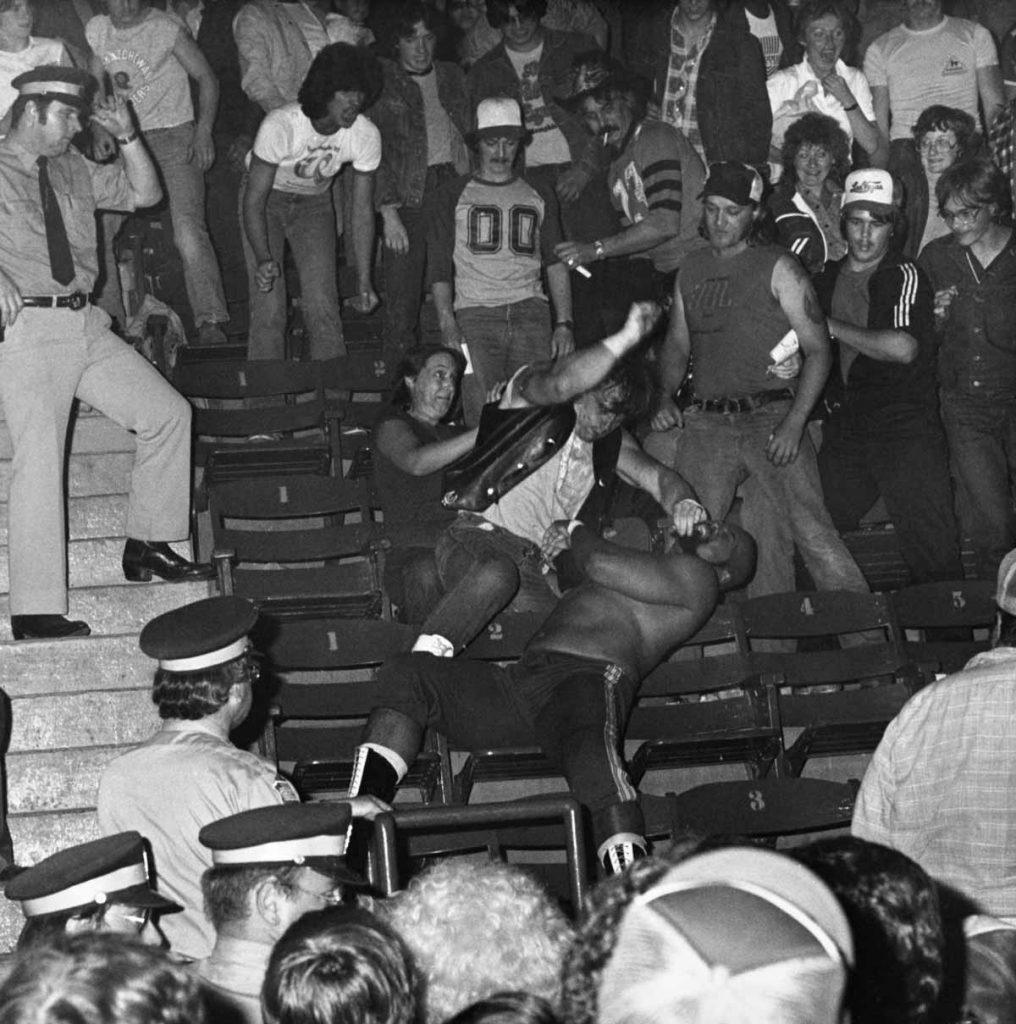 In 1907, Rudyard Kipling, author of The Jungle Book, declared that Medicine Hat and region “seems to have all hell for a basement.” One look at the photographs of flares at oil and gas wells throughout Alberta proves Kipling’s assessment was right. Before the railway, bull trains were used to haul large quantities of goods. A bull train consisted of numerous oxen, perhaps fourteen or sixteen, pulling three wagons that could carry nine tons of freight.