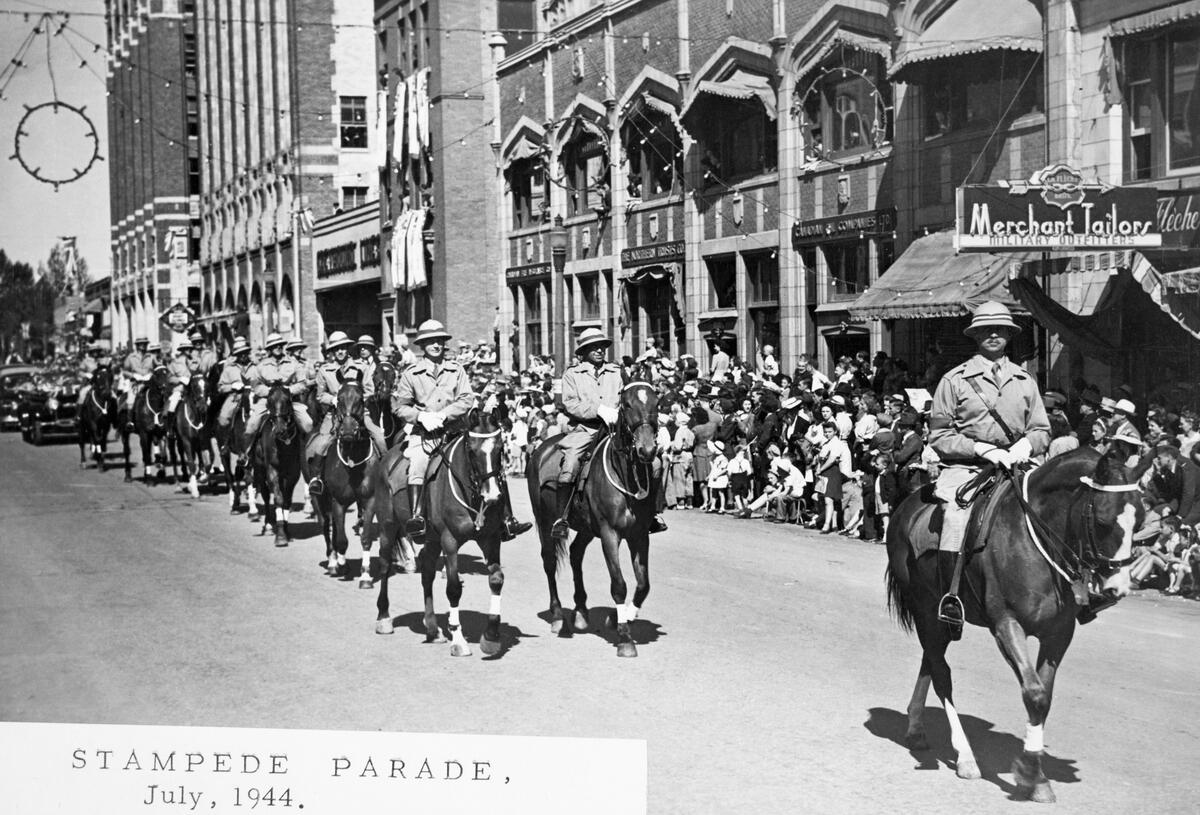 Military History at the Glenbow

Given Eric L. Harvie’s life-long involvement with the army, it’s only natural that military history at the Glenbow Library and Archives is a substantial area of focus.

Harvie, who founded the Glenbow Library and Archives in 1954, began his connection with the Canadian army during the First World War. At the age of 23, Harvie joined the 103rd Regiment (a militia unit known as the Calgary Rifles) as a second lieutenant in 1915. 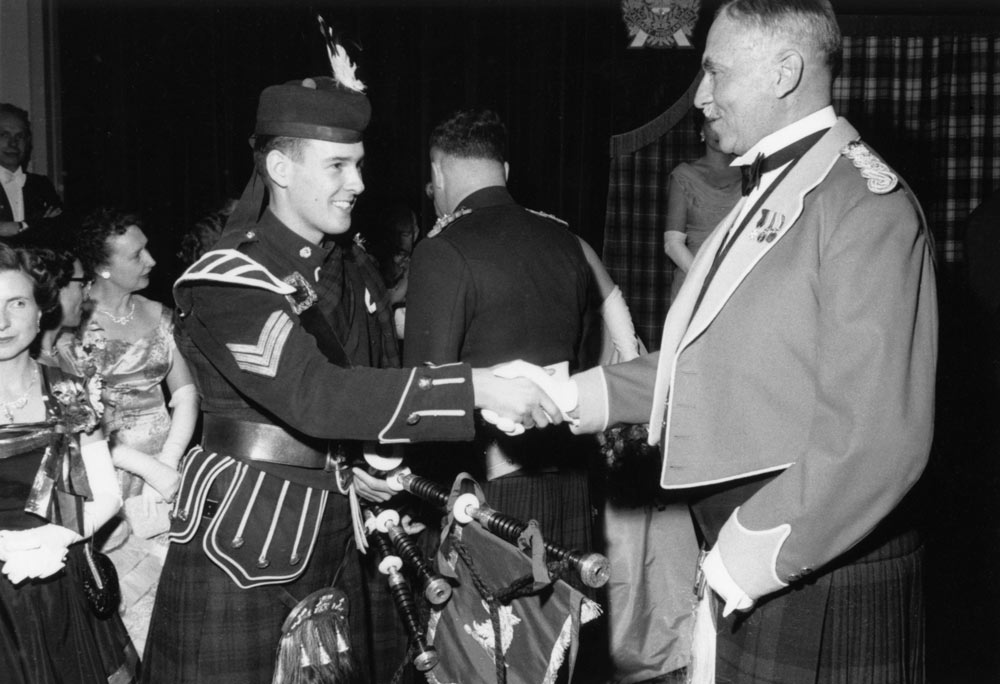 Three months after joining the Calgary Rifles, Harvie transferred to the 56th Battalion, a Calgary-based infantry battalion of the Canadian Expeditionary Force.

The 56th Battalion sailed for England on Mar. 20, 1916. Once in France, Harvie, now a full lieutenant, joined the 49th Battalion, also known as the Edmonton Regiment, in northern France in mid-June.

The Edmonton Regiment remained in the Ypres Salient until the end of August when it moved to Albert, France. Once there, the Regiment spent its time holding the lines and training. They were preparing to attack a German strongpoint known as Regina Trench.

On Oct. 8, 1916, Harvie and 262 other members of the Edmonton Regiment rose from the trenches and raced across the blasted ground to attack Regina Trench. 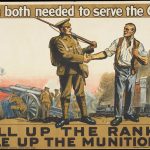 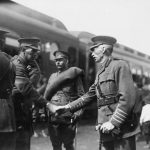 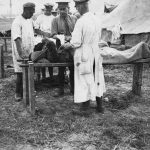 Major Harold Wigmore McGill treating a soldier at a dressing station during the 1918 battle of Amiens, France. Glenbow Library and Archives, UCalgary: NA-4938-17. 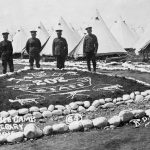 The attack on Regina Trench

The Edmonton Regiment “was met with fierce Machine Gun and Rifle fire from front and flanks, and was very severely handled by the enemy. Elements of the Edmonton Regiment reached Regina Trench and were seen no more,” according to the regimental war diary.

Harvie was one of those wounded in the attack. A German machine-gun section shot Harvie three times: in his left elbow, left knee and groin. His wounds, which went septic, were first treated at the 4th London General Hospital in London, England.

By January 1917, a medical board decided that as the wound in his hip had not fully healed, he would benefit from further treatment in Canada. Harvie sailed from Liverpool on Jan. 19. 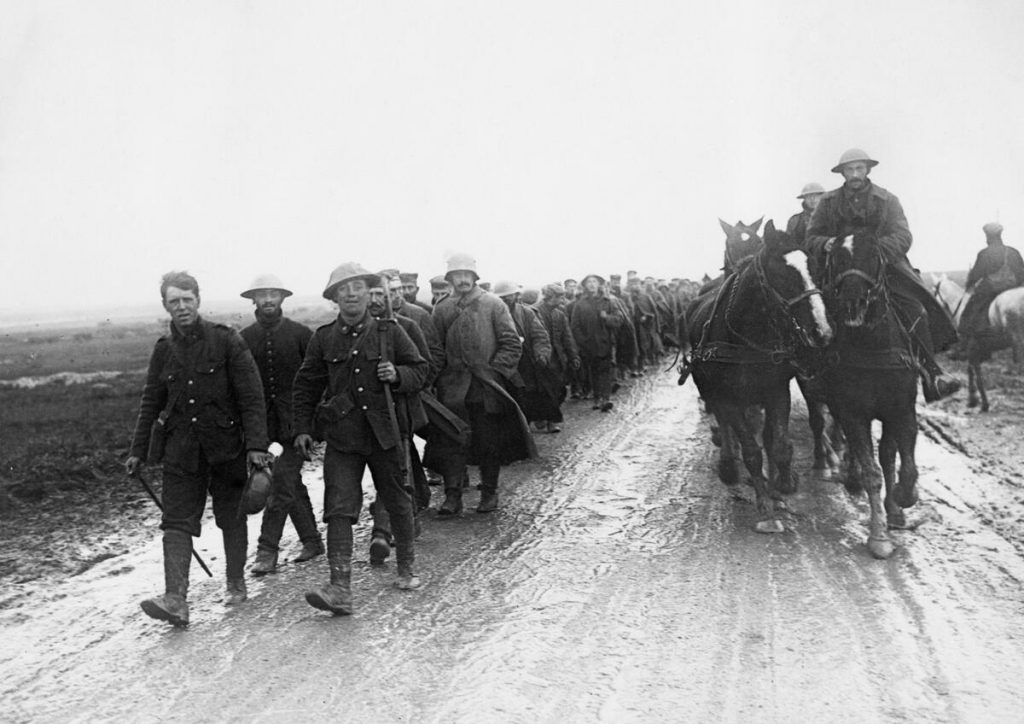 German prisoners captured during one of the attacks on Regina trench in the fall of 1916. Courcelette, France. Glenbow Library and Archives, UCalgary: NA-4025-20.

A long legacy of service

Once Harvie had recuperated by April, he was seconded to the Royal Flying Corps. Harvie travelled to Texas where he oversaw a the development of a machine gun synchronized with an airplane’s propellers.

Harvie received a promotion to captain during this time and served as adjutant at three different army camps. He was demobilized in January 1919. 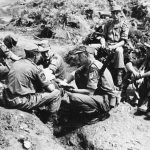 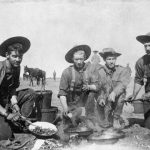 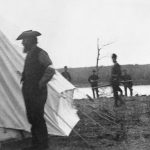 Louis Riel stands outside a tent after being captured following the North-West Rebellion of 1885. Glenbow Library and Archives, UCalgary: NA-363-53.

Military history at the Glenbow Library and Archives

Today, the Glenbow Library and Archives houses thousands of items that document Canada’s military history from the North-West Rebellion to the Korean War.

The library and archives holds some 15,000 books, thousands of photographs and 380 fonds and collections about Canadian military history. These collections include: 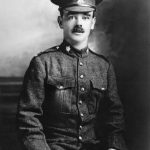 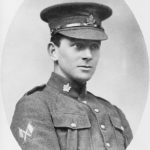 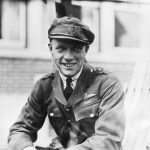 Military History at UCalgary and The Military Museums

Along with the Glenbow Library and Archives, UCalgary and The Military Museums (TMM) have their own extensive collections of military history. These include the 50,000 books and documents in the Chicksands Collection of Military History the British Ministry of defence donated to TMM in 2011. Chicksands is one of the largest collections of military-related texts in a Canadian academic library.

TMM itself has over 20,000 books and periodicals in its archives and library, which UCalgary manages through a partnership established in 2000.

Subscribe to receive notifications of new posts that explore the Glenbow Library and Archives.

And please note that the Glenbow Western Research Centre is still closed. In the meantime, however, some research services are still available.