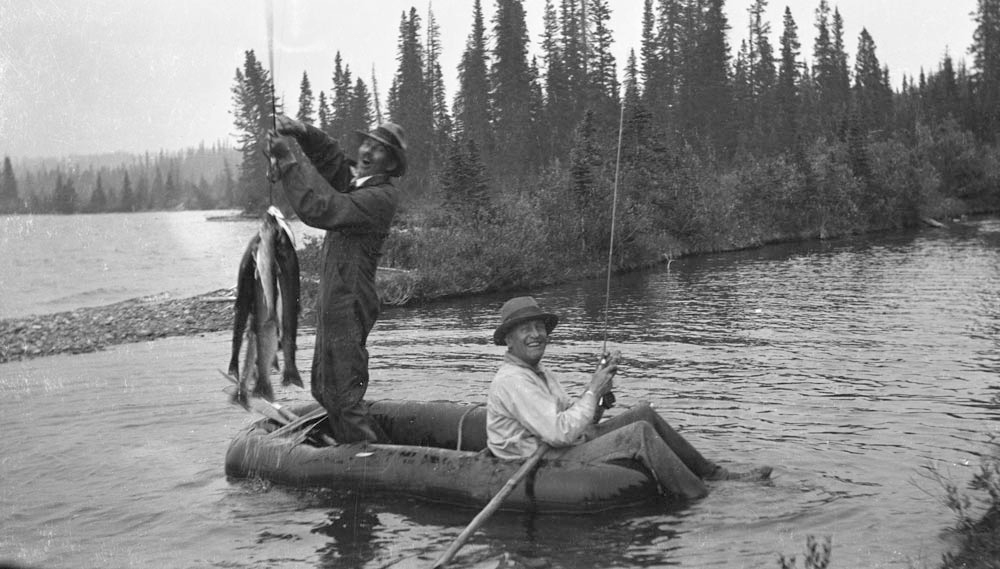 Eric Harvie and the Glenbow

As Heritage Day is a time to celebrate Alberta’s cultural and historical heritage, it’s only fitting we celebrate Eric Harvie and the Glenbow and their collective role in preserving Alberta history.

The Glenbow Museum, along with the Glenbow Library and Archives (now located at the University of Calgary), wouldn’t exist without the philanthropy and foresight of Eric Harvie, a Calgary lawyer, oilman and philanthropist.

Harvie, who earned a vast fortune from his oil investments, joked he had one goal: He wanted to die broke.

But rather than spend his fortune on himself, Harvie chose to spend his money on the people of Alberta by preserving and sharing the history of Alberta and Western Canada.

In the process, he created a remarkable legacy. 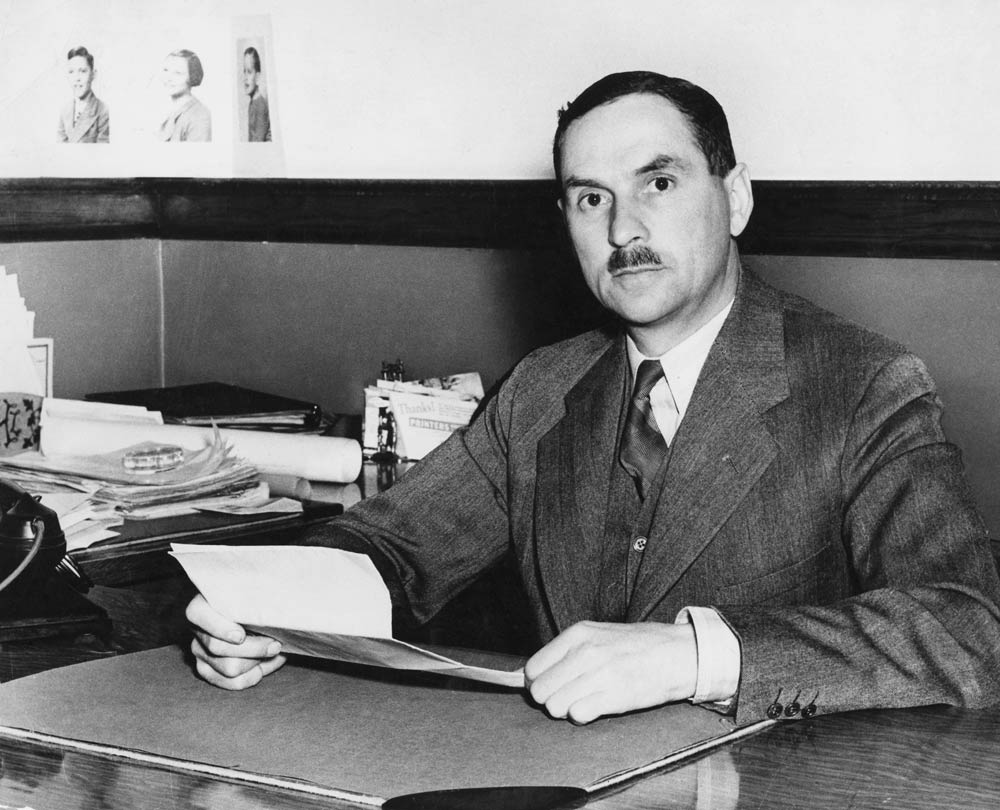 Eric Lafferty Harvie was born in Orillia, Ontario, on April 2, 1892, the fourth of five children. He first came to Calgary in 1905 with his mother to visit relatives.

In 1911, he moved to Calgary where he articled in a local law office.

Harvie graduated with his law degree from the University of Alberta in May 1915. But he wasn’t there to receive his degree in person. Instead, he was on his way to Europe with the 56th Battalion of the Canadian Expeditionary Force to fight in the First World War.

He reached the battlefields of France in the fall of 1916. He was wounded on Oct. 8, 1916, at Regina Trench during the Battle of Ancre Heights on the Somme. After he was evacuated from the Somme, Harvie initially recovered in England. He returned to Canada on sick leave in February 1917 to finish recuperating.

Harvie met Dorothy Jean Southam, one of newspaper publisher William Southam’s many grandchildren, in June 1918, while on leave. The couple married in Montreal on Sept. 29, 1919, and returned to Calgary where he was a junior partner in Ford, Miller and Harvie. 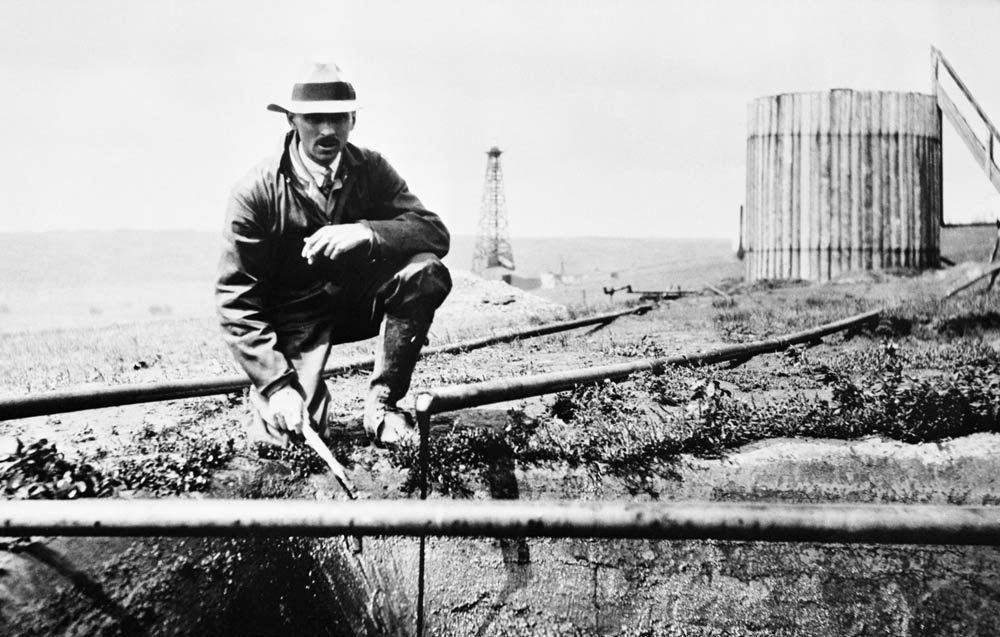 Harvie’s interest in the oil industry developed in the early 1940s when he received his first mineral rights lease as payment for legal fees.

By 1944, however, he owned nearly half a million acres of mineral rights in Alberta.

With both of those strikes, along with the $20 million sale of his first oil exploration company, Western Leaseholds, Harvie had become one of the wealthiest people in Canada.

It allowed him to retire from law and embrace his passion for Western Canadian art and history. 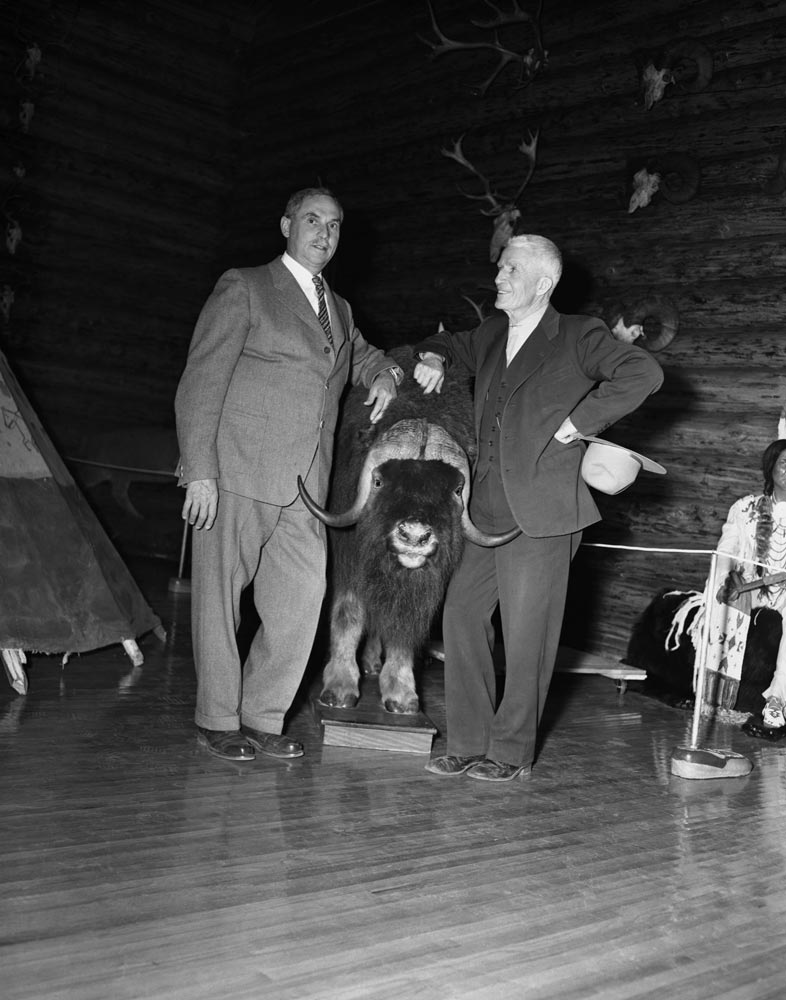 Eric Harvie with Norman Luxton prior to opening of Luxton Museum, Banff, Alberta in 1955. Glenbow Library and Archives, UCalgary: NA-2864-293a.

Harvie got his first taste at starting a museum in 1951 from his friend Norman Luxton.

Luxton, a Banff entrepreneur who owned the Banff Crag & Canyon newspaper and Sign of the Goat Curio Shop, wanted to start a museum (now the Buffalo Nations Luxton Museum) highlighting the culture and history of First Nations people.

Harvie financed Luxton’s museum, and the experience—while helping to ignite the collecting bug—showed him he wanted to pursue his own cultural institution rather than be a part of someone else’s institution.

Along with assisting Luxton, Harvie also helped create Heritage Park, which opened in 1964. He also assisted the Calgary Zoo, The Banff Centre and the Eric Harvie Theatre bears his name. Harvie’s personal charities (Riveredge and then Devonian Foundation) supported many initiatives locally and across Canada. 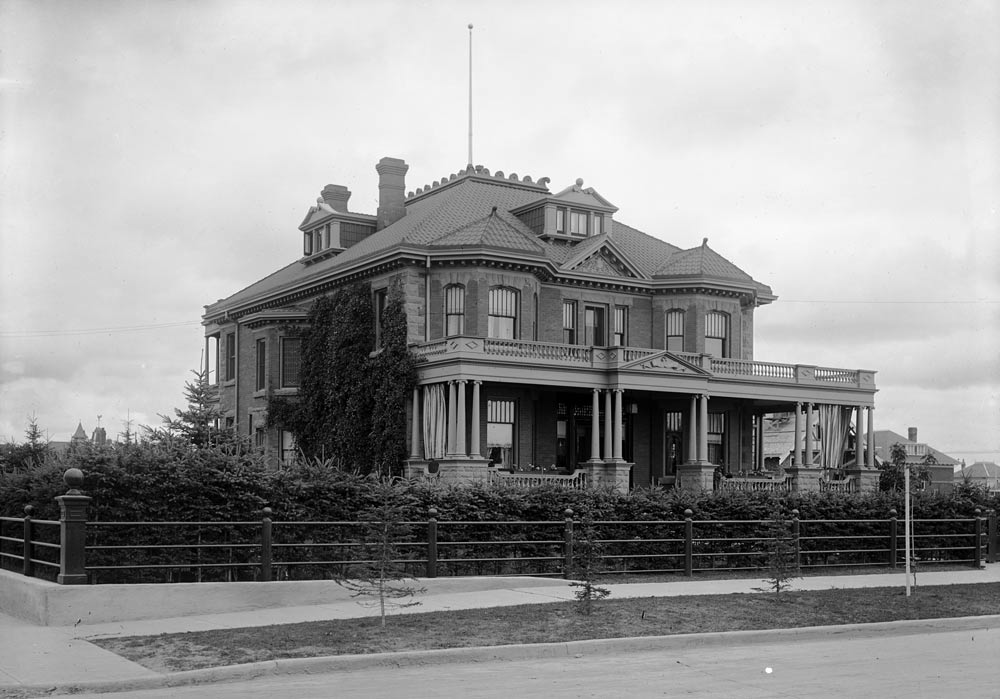 Birth of the Glenbow Foundation

Drawing on his interest in western Canadian art and history, Harvie began collecting, quickly filling his basement with the treasures. In 1954, he established the Glenbow Foundation. By 1955, he was operating it out of the Hull House, a mansion built by William Roper Hull in 1905.

Harvie employed a team to curate and care for his growing collection of art and historical material. He also used scouts hired to track down new items.

And, according to the Glenbow’s first archivist, Hugh Dempsey, who wrote in his autobiography, Always an Adventure, Harvie told them, “I want you to go out and collect like a bunch of drunken sailors!”

At that time, the Glenbow Foundation—named after the Glenbow Ranch near Cochrane, which he acquired in 1934—was more of a personal endeavor.

The exhibition of his materials would come later. 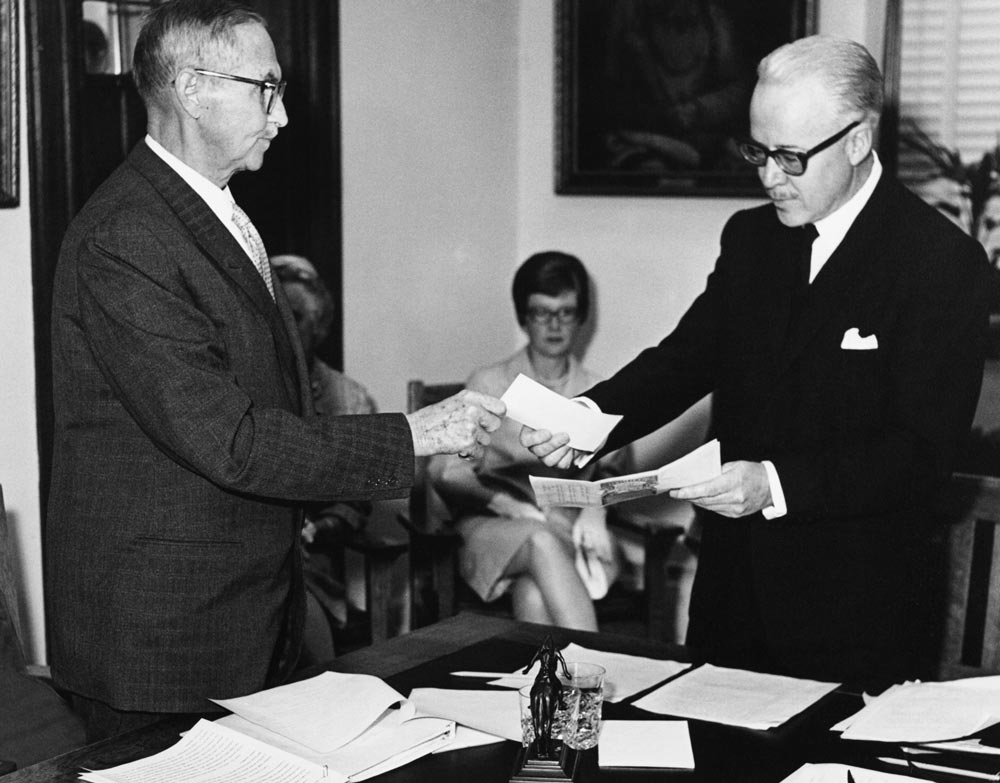 Eric Harvie, left, hands a $5 million cheque to Hon. Justice N.D. McDermid, first chairman of the Board of Glenbow governors during the first meeting of the Glenbow-Alberta Institute. Glenbow Library and Archives, UCalgary: NA-4001-1.

Growth of the Foundation

But not all of Glenbow’s earliest departments survived. The archaeology department, for example, was moved to UCalgary when the university started its own school of archaeology.

The Glenbow Foundation saw rapid change during those early years, and it quickly outgrew the Hull House. Harvie expanded it into various locations, including the Hull House carriage house, an Anglican rectory and a nearby home.

In 1964, Harvie partnered with the Alberta government to form the Glenbow Foundation–Alberta Government Museum.

And with the partnership, the Glenbow Foundation moved into Calgary’s second courthouse on Seventh Avenue.

The Library and Archives, meanwhile, moved from the Hull House into the original Calgary Public Library building at Central Park a year later. 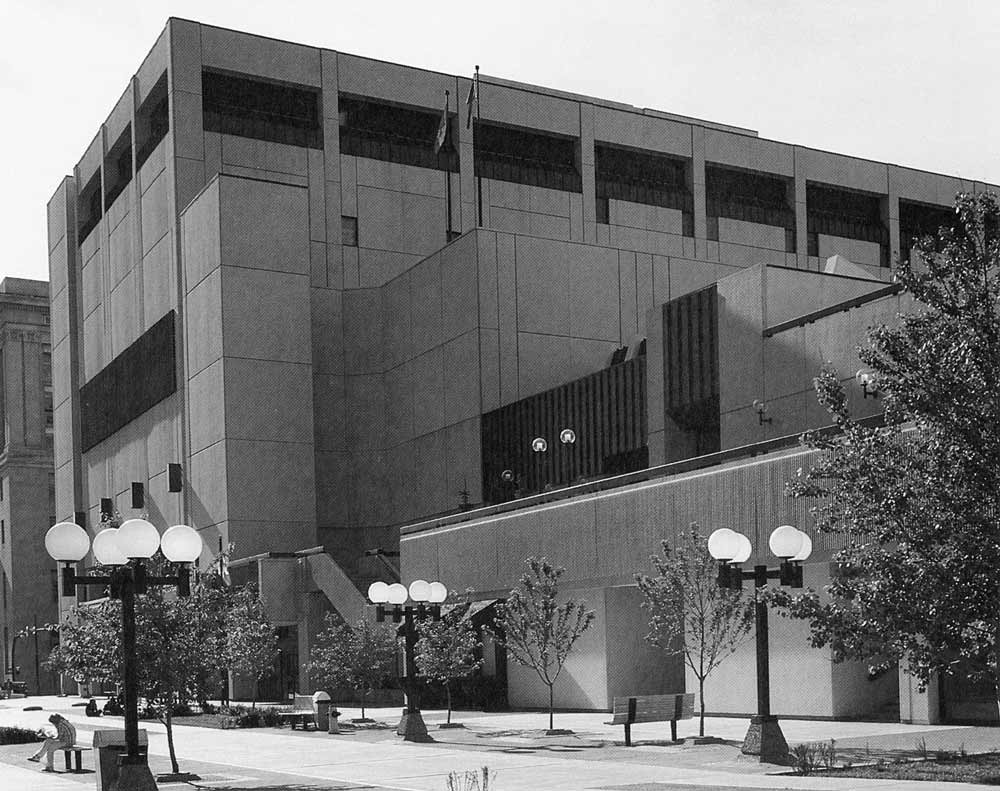 But more significant changes were coming. Harvie donated the Glenbow and its collections to the people of Alberta in 1966. This gift came with $5 million. The Province matched Harvie’s financial donation.

The Glenbow, along with the City of Calgary and the provincial and federal governments, made plans for an eight-storey building that would bring all of Glenbow’s departments together under one roof.

The new Glenbow Museum offered 100,000 sq. ft. (9,300 sq.-m.) of exhibition space over three floors; a floor for the archives and library, complete with a reading room; and space for classrooms, workrooms and administrative space.

Today, while the Glenbow Museum has been in the same location for 44 years, the institution has not remained static. It has continued to evolve. 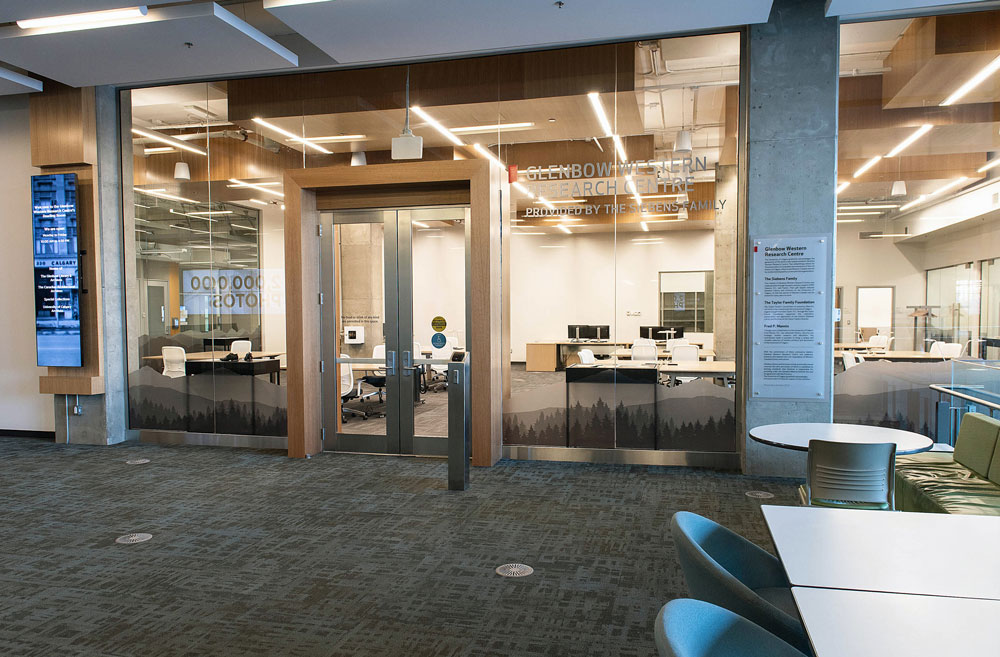 In November 2018, Glenbow and UCalgary announced the historic initiative to relocate Glenbow Library and Archives to the university in order to increase access to the collection and enable Glenbow to focus on its role as a public art museum.

In October 2019, Glenbow Western Research Centre (GWRC) opened in the Taylor Family Digital Library, providing additional teaching and research opportunities for students, faculty and the public. There is improved access to Glenbow Library and Archives as well as enhanced preservation of this vast collection of books and archival material, including diaries and photographs.

The relocation of Glenbow Library and Archives and the creation of the GWRC were possible because of generous donations from the Siebens Family, the Taylor Family and Fred P. Mannix as well as the support of the Government of Alberta.

And while Harvie did not die broke, his extraordinary foresight ensured that we have come to know ourselves better than we could have otherwise. Thankfully, Eric Harvie and the Glenbow filled a need (and continue to do so).

Sixty-five years after Eric Harvie and the Glenbow embarked upon their shared mission, the Glenbow remains one of the most significant cultural institutions in Canada.

The recorded history of western Canada simply wouldn’t be the same today without Eric Harvie the Glenbow.